See how we created this stunning 360 degree video for DuckTales and Disney! This is our full 360 and animation breakdown, sharing just how we did it. Woo-oo!

40 years after the Emmy award-winning DuckTales hit our screens, Disney approached Pebble Studios to discuss how to launch a remake of the show for a 21st-century audience. We needed to excite a new, young and digitally-minded consumer about the awesome world of DuckTales, whilst also re-igniting the passion of those who remembered the original series.

With 90% of US audiences using YouTube to consume content and the importance of reaching a new tech-savvy customer, we developed a concept that invited Disney fans to experience Duckburg like never before by creating a 360 degree animated episode that put the consumer at the heart of the adventure, up close and personal with these iconic characters.

We developed a bespoke script for the teaser that introduced all the new and existing characters and encouraged our audience to totally immerse themselves through a range of visual and audio cues.

From strategy, scriptwriting, environment design and character animation through to tech development, we delivered this one of a kind 360 campaign, launching on YouTube & Facebook as a teaser experience before the 1st episode of the new show.

APA winner for Best Use of 360

More about The Project:

The narrative had to be underpinned by the three main driving forces behind the series. An epic sense of adventure around every turn. A razor-sharp script that would allow each character to show a little insight into their unique personality. And finally a sense of family & friendship that binds the main characters together throughout any challenge. Oh, and stay well clear of tired, old, adventure metaphors like mine kart chases!

The project presented a number of challenges. Not least of which was how to make traditional, cell-animated characters fit seamlessly into 3D, 360, Computer Generated environments. We achieved this by matching the 3D cameras in 2D, and as the perspective changed we worked this into the design of our characters. 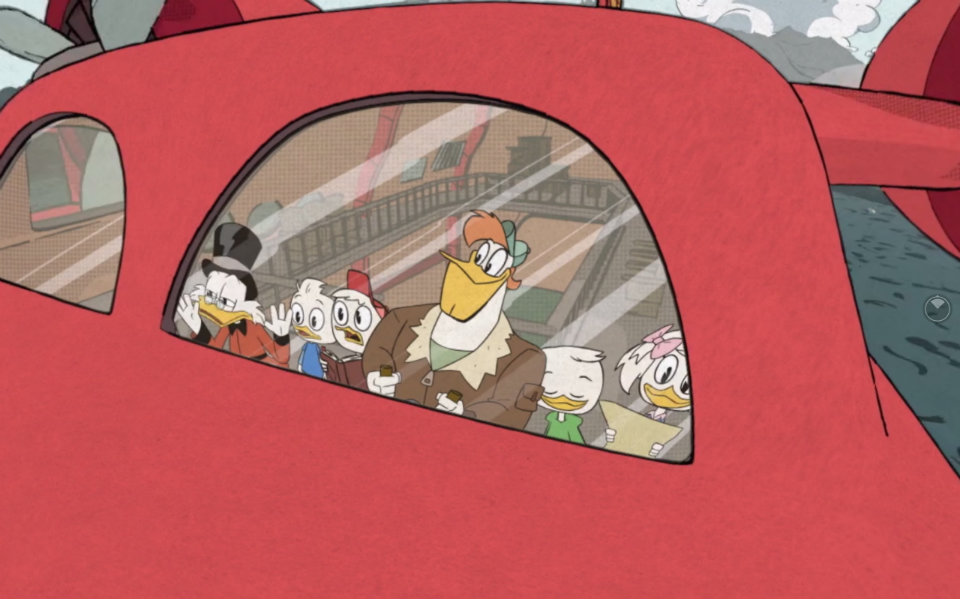 Stylistically, the ultimate goal was to allow the viewer to pause on any frame and feel that it had been entirely hand-drawn on a single sheet of paper. The Disney team (understandably!) have immense attention to detail and standards that are second to none. So we worked tirelessly with them to make sure that every element of every scene felt entirely authentic to the visual style of the series.

The one element of the story that we absolutely had to weave in was Scrooge’s money bin. It still holds a special place in the hearts of everyone who watched the original series and now it was time to introduce it to a whole new generation.