Explainer videos are the perfect format to convey complex messages. By allowing you to show, rather than tell your audience the benefits of your product or service, a great explainer video will paint a clear and memorable picture of your brand.

To be understood by your audience, you need to make the effort to truly understand them and then deliver content that connects in the right ways. At Pebble, we pride ourselves on being an explainer video production company that dives deep to fully understand your business, your audience and the relationship between them. With this groundwork undertaken, we deliver explainer videos that have your customers’ needs at their core. For our clients, this method has proved to be an extremely powerful tool in converting leads into new customers.

The first stage of our process is to immerse ourselves in our clients’ world. We work closely with relevant teams, (sales, marketing, product, brand,) to understand the key messages and challenges they face when trying to describe their product or service. We organise workshops and invest in research to individuate persona characteristics, behaviours, and interests, to ensure we’re creating content that will resonate with its audience. From animated instructional videos to viral content, we make absolutely sure that we target just the right people.

If you’re struggling to find the words to straighten out your complicated product messages, we’re here to help. Based in London, our explainer video production team has a wealth of experience in turning dry, complex messages into digestible and engaging content. Whether you want to simplify the key benefits of your offering, inject some humour, appear more approachable, or just keep your audience awake, we’re always up for a challenge!

Integrating video content into your marketing strategy, and making sure it ticks all the boxes, can be a daunting task, particularly if you don’t have the right resources in-house or you simply haven’t done it before. Depending on our clients’ needs, our explainer video agency creatives can plug in at any stage of the process, from concept ideation all the way to final delivery. With all of these skills in-house, we regularly manage timelines and production costs effectively to keep the feedback process simple and smooth. 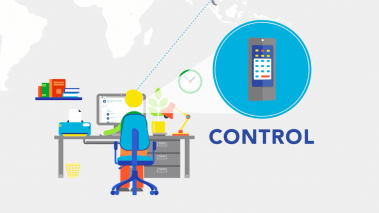 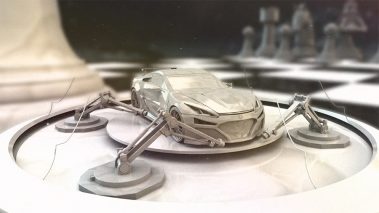 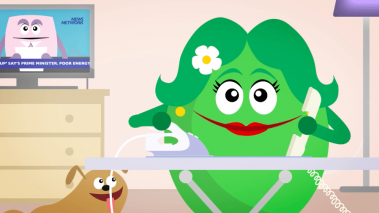 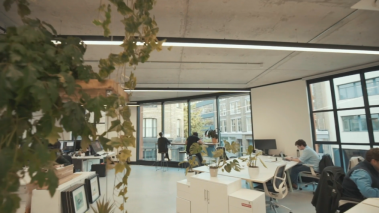 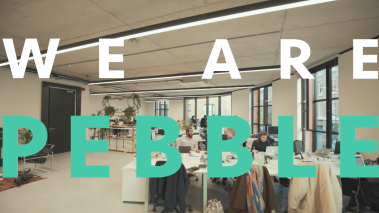 An explainer video is typically a short, snappy video that tells the top-line story of a company, product or service. Sometimes they go quite deep into the thing being explained, but this is often left to demo videos or other more technical methods. Overall, the best explainers will pack a good punch, leaving the viewer with a clear, memorable idea in their head.

There’s no strict ruling on what an explainer should look like, however, most are animated. This is because animation is clear, to the point and offers a wide variety of styles and levels of detail, even when the budget is limited. Even a cheap animated explainer video can be amazing with great creative and a strong script behind it.

During the production process, it’s vital to keep both the company and the audience in mind. Given certain industries, audiences, and performance targets, talking-heads can often be the best way to go. This is a decision that needs to be made early on in the process, ideally using audience insight as a basis.

For a business or brand (especially start-ups), these videos have many important applications. For example, you can use it to:

From simple animation to complex VFX, a great explainer video will get you noticed and truly set you apart in your niche. To find out what’s possible, contact us to speak with one of our experts.

Here’s a simple breakdown of the process behind all good explainer videos:

You need an amazing script. This is essential. If the script isn’t right, the rest of the process isn’t going to be fun. (You can find a full breakdown of how to write an explainer  script in the next FAQ).

Next, you need to settle on your visual treatment.  This can (and maybe should) be done in tandem with the creation of your script. This will allow for a cohesive video where the VO and visuals interplay.

Your visual treatment should cover animation style, tone, mood, character, level of detail, etc. Plus, it’s vitally important that you consider your audience at all times, as well as the desired outcome of your video. Keep asking yourself, ‘what am I trying to achieve with this video? And then make sure you are ticking every box. Is it meant to be emotive? Is it addressing a serious issue? Is it meant to be funny? Each aim will require a different approach to the look and feel of the video.

Your script and visual treatment are your idea. This is how you will present it to your client, your animators, or whoever is involved with your project. Together, your script and treatment need to offer a clear picture of what the final product will be.

To support this, you can do several things:

Including links to video references of other animations or explainer videos that have a similar style to what you want to create is a great way to strengthen your treatment. You can have one reference for mood, one for style, etc. The more you can include, the better overall picture you will present. Plus, this will help your animators get on board quickly and bring the idea that’s in your head to life, rather than something entirely different.

A film storyboard or animation storyboard will add amazing detail to your vision. It should break down each scene, illustrating key visual details and transitions. You can find a more detailed breakdown of how to create a storyboard for animation or film in the FAQs on our animation page.

If you have animators at the ready, you can go one step further and create style frames for your video. A style frame is a single frame that shows, in its finished state, the fully developed animation style. Once a style frame is approved, the rest of the video will come quickly.

Your voice over script and visual treatment will need to be drafted several times to make it perfect for everyone involved. This fine-tuning stage is to ensure your explainer video has maximum impact with your audience. So don’t shy away from several rounds of amends that take into account the feedback of everyone involved.

This doesn’t need to be pro, it’s just to help the animators/filmmakers for the next step. As long as it’s paced well, and sounds okay, it will serve its purpose.

Handing over your storyboard, script, style frames, references and guide VO, it’s time to let your producer and animators (or producer and talent) work their magic to bring the project to life.

With animated explainer videos, this can be so much more than the often boring infographic-style. So much is possible, so don’t hold back on your ideas. Here’s a few examples of what’s achievable if you think big and different:

Here’s a Film and VFX explainer video for EMIS: https://www.pebblestudios.co.uk/work/emis/

With your visuals complete, it’s time to hire your voice actor and record your final, professional VO. It’s important to do this last, as it’s quite likely that little changes will need to be made to your script as you go through the animation process, and you don’t want to have to pay another full day rate to get the VO artist back in to re-record.

With your professional VO in the bag, it’s time to put it all together and make the final amends to get your explainer video looking as sharp as possible.

Once everyone’s happy with the final product, and all final amends have been made, it’s time to share it with the world and put your shiny, new video to work for your brand.

If you’re interested in making an explainer video that will truly set you apart from your competitors, contact us to speak to one of our experts, and we’ll happily chat you through the process.

Also – for a more detailed look at the animation process itself, you can download our Complete Guide to the Animation Process, which offers plenty of animation tips and tricks, as well as a whole load of insight on the 2d and 3d animation processes.

A good video script is the foundation for any successful explainer video. To write a great explainer script, corporate vide script, or animation script, you don’t need a video script writing software (which are primarily designed for screenplays and stage-plays). Your video script format can be kept really simple.

To structure your explainer script on the page, simply create a table with two columns, the narrative VO on one side, a write up of the corresponding visuals on the other, with rows used to break up the script into scenes. There’s really no need to overcomplicate it.

Before you write a word, you need to do the following 5 things:

Okay, so now it’s time to put words on the page. Here’s what you need to do/keep in mind as you go: