Well, we have had our ups and downs, and 2020 was a difficult one for us all, especially for those still dreaming of waking up to a giant AR Rita Ora peering into their rooms ensuring they don’t escape tier 4. It was an interesting year in immersive tech too, and mixed reality has developed leaps and bounds. Hardware is being pushed; quality is being raised. From military training to Instagram filters; educating the young, to finding out what type of bread you are – we are quickly incorporating mixed reality into the way we live.

Mixed Reality is only going to progress further and keeping up with trends and techniques is just as exciting as creating it. Whether we are duelling for peace in the galaxy or changing the way a plastic box sits on your face, in this list, I am diving into some of the highlights of last year and what made them great.

5. The global spread of XR

I believe it needs to have an honourable mention that mixed reality, in general, has been taking the world by storm, especially how we were stuck in our homes for 80% of last year. As SDK packages such as ARkit and ARCore (and merged into ARFoundation) are becoming a lot easier to use and understand, apps have become more attainable in all industries.  We have seen augmented reality being used in fashion, furniture and medical. We have seen VR in e-commerce, therapy, and fitness.  One can argue that a wide variety of experiences do obtain a much higher ‘novelty’ factor rather than ‘value’ factor, but the main point is that I believe this is helping to decipher where mixed reality excels at and where it doesn’t.

Depth API, or Occlusion mapping, has been around sometime now – since the days of Pokémon Go. However, last year it had become much more widely available to developers and coders rather than just the super studios who can pump money into R&D. The development of this functionality allows us to create interactions and real-time effects between virtual and real-world objects – creating a more believable and immersive experience for the viewer. 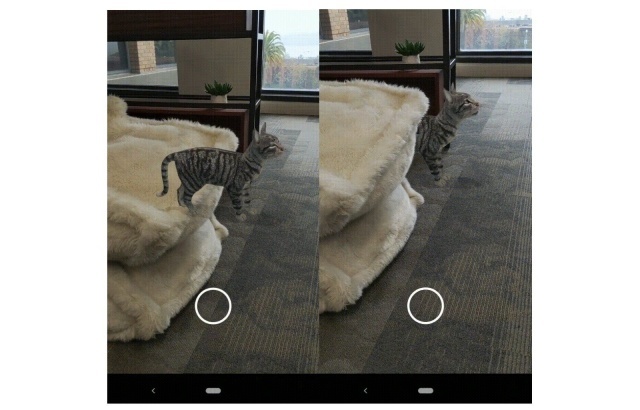 Whether you’re a kid watching the rise of Skywalker, or remember your cinema experience watching A New Hope, everyone likes vwoom’ing a lightsaber, especially against Darth Vader, or flying around a meteor belt in an X-Wing.  These two experiences are both compelling to play, and visually a great experience. Going through mission after mission of a thrill driven ride to save the galaxy will have you playing for hours. Apart from the game being good ‘because it’s a Star Wars game’, it uses all its VR compatibility as much as possible. Whether it’s using the controller’s haptics to heighten the movement, or the 360 sound to add that next level of immersive factor, this game is a great example of how VR can envelop the user into a full true VR experience.

Mario Kart is a fan favourite for anyone that enjoys playing a console. It’s simple yet incredibly fun and competitive to play with friends or online. Recently it became a free app on your device that allows you to play against racers all over the world (download with caution!) The latest version of Mario Kart brings into play an Augmented Reality aspect of the racing, giving you a pack of props to create a racetrack in your very own home.  You begin by using a ‘create mode’ that allows you to see where you are driving from a camera on the front of a physical remote-control car. As you drive around your living room it maps out the course that you can then publish to your friends and all play together.

The Oculus Quest 2 is an amazing piece of hardware that is pushing the VR world into the future, but also into everyone’s homes. This piece of kit is such a distinctive leader in the market and for such a reasonable price. Gone are the days we need to spend £1,200+ on a bulky wired headset that needs to be plugged into a supercomputer and hope you don’t faint from motion sickness. The Quest 2 has taken its predecessor, that took the world by storm, and made it even better.  Through a non-physical tethered headset, it allows you to push the functionality, performance, and quality of the experiences to a much greater level, allowing videos of 8k and faster streaming wherever they want. This headset is helping the VR world become a lot more commercial and accessible to wider audiences.

So, what does this mean going forward?

With the increase of accessible headsets, tools, and SDKs available, experiences are becoming much more feasible to create with basic demo apps being created in as little as a week.  We can advertise and utilise future projects with a quicker turnaround but also break through the ceiling of what is currently achievable.

Virtual Reality and Augmented reality are becoming household phrases, and its usage can be adapted to many different projects and industries that we can utilise through either public apps or bespoke experiences for events.

Whilst it’s becoming easier and more accessible to create these apps, this does impose the novelty issue of such experiences. AR can be a powerful tool when used intelligently, but we have seen a rise in case studies that have been made for the sake of ‘just doing something in AR’.  As the technology continues to develop we expect to see a higher saturation of poorly executed AR in channels, this will make it even more important for us to ensure that our immersive experiences have real value for our target audience and help them stand out from the crowd.  Harnessing the technology in the right way is a key factor in promoting the capabilities of the app but also enhances the experience as a whole and reach the highest consumer benefit possible

We have seen a variety of events that have resorted to live streaming due to covid restrictions, which has caused difficulties in the entertainment sector worldwide. With ever-growing technology and quicker latencies through 5G, it gives that opportunity to continue with these events through a live stream wherever the user may be.  For example, we’ve seen artists such as Travis Scott resort to Fortnite for a live concert (though not in VR) which hit millions of viewers.

Happy New Year everyone, hopefully, this year will be a new release and not a 2020_V2.exe patch with even more bugs and fixes.

Will joined Pebble Studios as a Producer in 2020 after 6 years honing his skills as a project manager and artist. He enjoys getting creative when possible, getting hands-on creating assets from videos to 3D – creating animations, VR/AR apps or small indie games.  He also lectured at UAL, teaching the practical part of the MA in Virtual Reality where he covered the gamification side as well as the 360° video capture and post-production elements of the course. 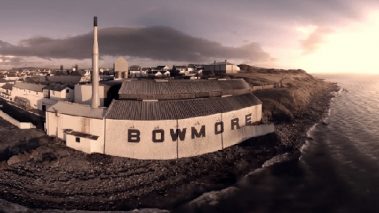 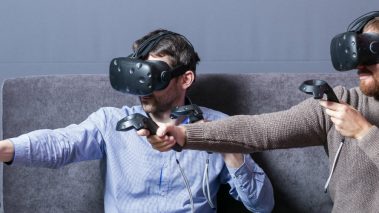