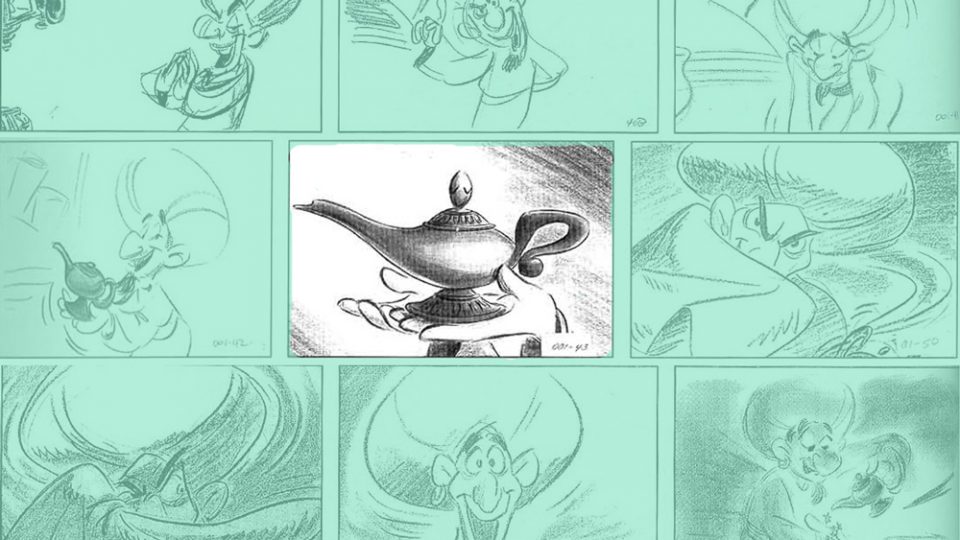 Sketch Animation: Bringing ideas to life from paper to screen

Sketches are the cornerstone of traditional animation and the starting point for every Disney and Pixar classic. The process of moving a sketch from a concept on paper to a fully-realised onscreen creation is truly fascinating. So, how exactly do you transform sketch into motion? 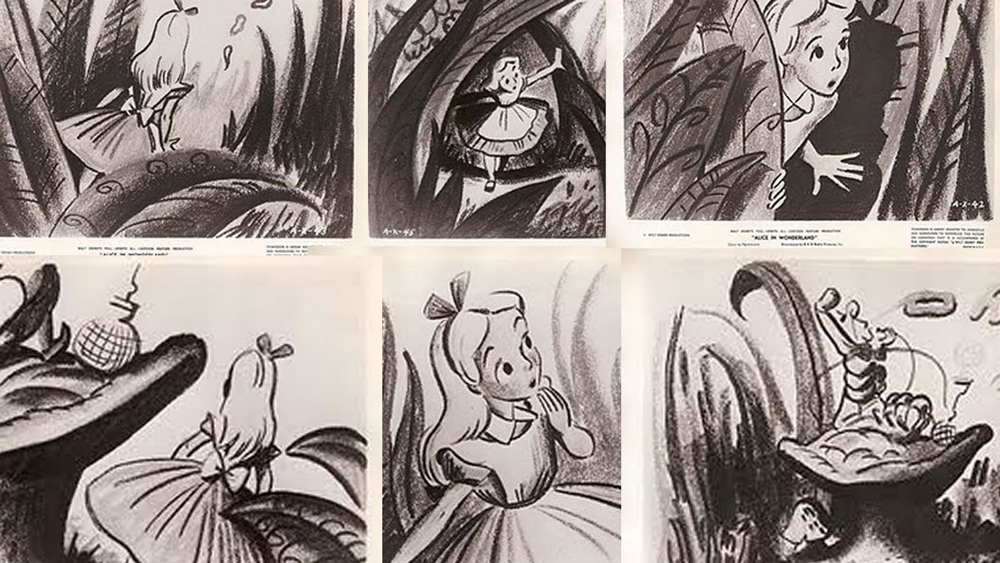 Whether it’s a simple doodle on the back of a napkin or a very basic sketch drawn by hand, traditional animation in particular begins with a series of simple gestures. Even clay animation ideas start in the two dimensional world.

For animation giants like Disney, Pixar and even Aardman Animations, every animated piece starts with a basic narrative, a conceptual world and a concept for how they come together.

“Every animated piece starts with a basic narrative”

What is traditional animation, anyway?

You can observe the visual principles of traditional animation by watching this amazing zoetrope animation made by the artisans at Pixar.

Of course, the visual is only part of the story. Every animated feature needs a script and the script writing and editing process takes place surprisingly early on in production, often undertaken alongside the characters’ design. Writers and designers work together to decide how their characters might look, sketching out rough frames either on paper or digitally. At this stage, it’s fairly normal for there to be several potential versions of the character – after all, there are a lot of ways to draw a toy cowboy.

Getting the shape right 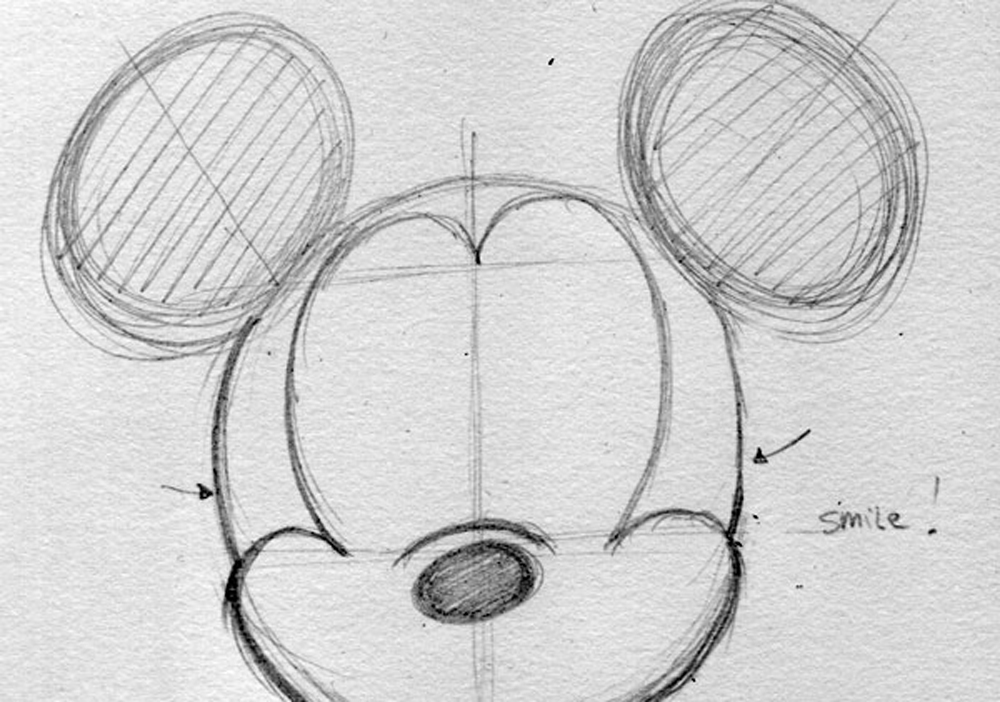 Believe it or not, many of your favourite characters will have actually started as just a simple series of shapes. Take, for example, everyone’s favourite talking mouse, Mickey. At his core, he can be broken down to three circles and he’s still recognisable. It’s this base that drives a lot of sketch style and helps keep the character clear as you move forwards.

“It helps keep the character clear as you move forwards”

Once  your basic shapes are settled, you can start to add a little more detail to the sketch, moving onto storyboards which match the narrative.  At this stage, artists will also receive something called a ‘beat outline’, which acts as a road map for the character’s emotional changes throughout the action.  Each story frame needs to bring the character’s emotions and broad movements to life, before being put into a reel (or animatic) which shows how it all comes together.

The animatic is the place in the animation process where a lot of the fine-tuning and editing gets done. Not so much a video with hand-drawn animation, it’s a storyboard montage, edited together with a rough soundtrack, to give the animators and director a sense of whether a scene is working or not. This prevents a lot of expensive work being undertaken only to be thrown out later. 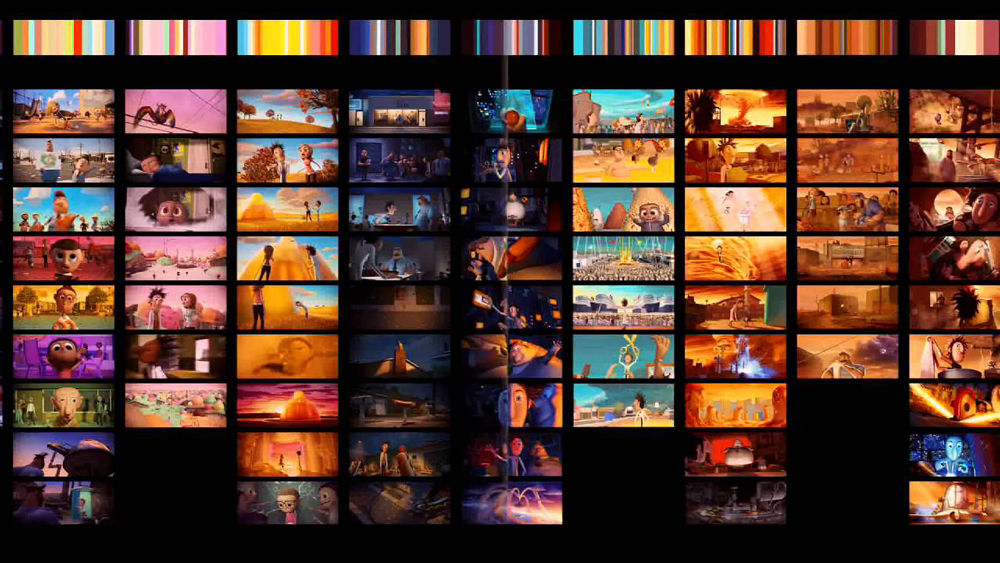 Aside from making sure the character is stylishly dressed, this step is actually about adding colour, texture and tone to the characters and environments, before the animation process can start.

“They define the mood palettes for the film”

The art department set to work designing  sets, props, architecture, surfaces, landscapes and any other necessary background elements. They also come up with something called a ‘colour script’, which defines the mood palettes for the film and sets the colours that will dominate the animated world. They even determine the fiddly details of how light and shadows function in the world. It’s intricate stuff.

Certain animation styles require that animators model their characters before proceeding to the next stage.

Pixar and Disney both use their own software to develop wireframe models. By describing the shape of the objects, adding the art department’s colour and model packet, plus a few key informational drawings, the software can sculpt and suss out the character models – a basic skeleton – which can then be used to move characters in virtual space.

“The software can sculpt and suss out the character models”

Each animation house has their own technique for making models. Some are sculpted by hand and then 3D scanned into the computer, others model directly into the computer and many use what is known as ‘The Puppet Tool’ – to map out each of the character’s joints for animation.

Whatever you use to model the character, once you’ve got the basic wireframe skeleton, animators then add hinges (or ‘avars’, for the more technically minded among us) to make the character move. Remember that famous toy cowboy we talked about earlier? He’s got 100 hinges in his face alone.

Setting out the Story

Once all the scenes, props and skeletons are in, the layout crew begins to break down 2D storyboards into 3D shots.  It is at this point that the film is released to the animators.  They choreograph the character frames – making them move and pulling together the story. All of this will have to be signed off and approved before any colour or shade artist gets anywhere near them.

“Making them move and pulling together a story”

If the story moves and works in a way that satisfies everyone then smart computer programs called ‘shaders’ will be deployed to assign texture and colours to the basic blocks. They dress the clothing with minute wrinkles, give realistic skin types to characters and generally make it all look a lot more fleshed out, for want of a better word. Digital light is also added, to provide shadow effects, and to distinguish night and day, dark alleys and bright rooms.

If you’ve made it this far through the process, then you’re nearing the end of your animation journey and have almost brought sketch animation to the big screen. At this stage, all the animated  frames are rendered and put together to make up the film – moving in a way which makes it look like seamless animation. This in itself can be a long process but, by this stage, all the kinks have been thoroughly ironed out

“Moving in a way which makes it look like seamless animation”

Once all the finishing touches have been made, the musical score has been added, it all matches up with the voices and sounds like it’s meant to, you’re left with the final, digital piece!

If you’re thinking about making your own character animation or want to chat a little about how we can help bring your ideas to animated life, drop us a line.