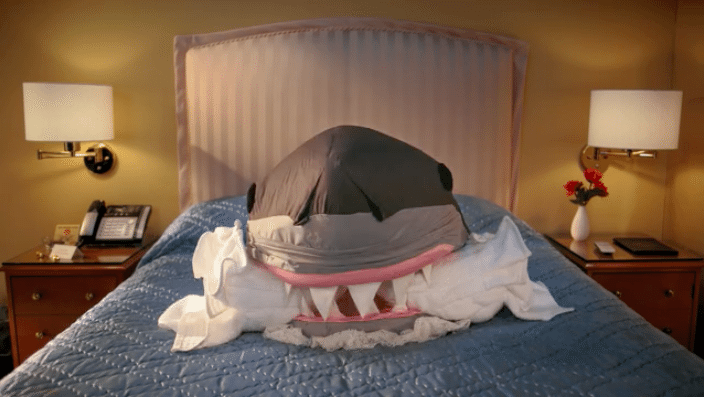 Rewind a few years and stop motion* videos were all the craze. You could barely flick a channel or browse the web without coming across some fantastic examples of this age-old form of filmmaking.

*Stop motion is the filmmaking process where you physically move an object or objects by small incremental amounts, taking individual photos of each scene. When these photos are played as a continuous sequence it gives the illusion of movement.

At Pebble Studios we think it is well overdue a resurgence, so following on from the success of our recent Actimel campaign for RKCR/Y&R (excuse the shameless plug) we’ve taken a retrospective look at some of our favourite stop motion executions from years gone by.

Looking back at these examples you can really feel the tangible and human quality that stop motion gives to a piece of work. However, like so many films in this space, it’s the creative concept behind the execution that really makes them memorable.

Who can forget about this one? Street artists Blu brings his surreal and uncanny characters to life. The flickering light the stop motion brings adds a charm to the characters that you’d struggle to achieve with CGI. Just as mesmerising today as the first time we watched it.

You can’t do a stop motion blog without talking about the main man PES. It’s difficult to narrow down which video to pick but we thought we’d choose a couple of his classics that stood the test of time.

Such a simple concept it really makes us wish we had come-up with it. This video really shows the power of stop motion combined with a good idea.

And more recently this spot for Citizen M hotels uses stop motion to mock ‘traditional hotel cliches’ as a pair of towel swans mating dance is rudely interrupted by a killer bed shark.

Target Australia – Every Colour you can dream.

Taking a heavy cue from the stop motion classic Oren Lavie’s ‘For Her Morning Elegance‘, we see a woman’s dream sequence come to life with clever use of everyday objects. The otherworldly quality of the stop motion lends itself nicely to the subject of dreams and imaginations.

An excellent and original piece of student work that went viral at the time and inspired a series of copycats. The subject, this time, is creativity and more specifically a student’s frustration in meeting his deadlines.